The worldwide mania for pot plants has had an unintended side effect – demand for peat in potting mix has put added pressure on disappearing wetlands, globally.

In New Zealand, more than 90 % of freshwater wetlands are gone - principally into

agriculture. Just five large wetlands remain in the Auckland region and two are in West

Auckland – at Whatipu and Te Henga.

To mark World Wetlands Day, around 60 volunteers and guests of the Pest Free Waitakere

Ranges Alliance gathered on a hot February afternoon at Matuku Link, a former farm that is

being restored to wetland, and is part of the larger Te Henga wetland.

volunteer base, a wetland education centre and a plant nursery. Thousands of trees, sedges

and rushes have been planted, and an accessible boardwalk is partially built, and when

complete will allow access for wheelchairs and pushchairs. The Waitakere river runs

through Matuku and at times rises four metres above its normal, gentle meander through

In the middle of Cyclone Dovi’s landfall, the PFWRA group struck an unexpected lull – the

afternoon was hot, and still. Maybe it was the eye of the storm and Matuku Link guides took

groups around the wetland in perfect conditions.

Ponds have been created with interconnecting boardwalks and trails, and raupō (also called

bulrush) is marching along the margins, creating a home to rare wetland species such as the

pāteke (brown teal). Freshwater fish species and native bats (we were told) forage along the

river forest edge. Plantings include the return of pukatea, kahikatea and swamp maire, all

native trees that are well-adapted to growing in wetlands. Thousands of trees, sedges, and

The afternoon was an inspiring glimpse into the work of the Matuku Link Trust, a vital link in

the chain of wetland restoration. A public open day is planned when Covid regulations

Find out more about Matuku Link and even join the volunteers: 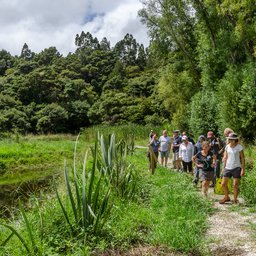 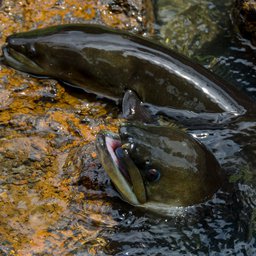 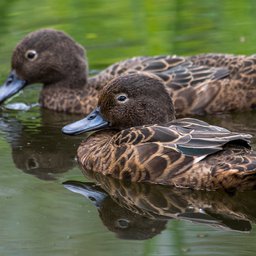